Death March Club (デスマーチクラブ Desu Māchi Kurabu) is an upcoming puzzle action adventure video game developed by Too Kyo Games and Grounding Inc. and published by Izanagi Games. The game will be co-directed by Kotaro Uchikoshi, Kazutaka Kodaka, and Takumi Nakazawa with character designs by Take.

The game is scheduled to release in 2020 and will be available worldwide on consoles and through Steam for Windows PC. 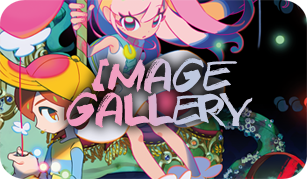 A group of twelve underarchieving and dropout 12-year olds from around Japan have been gathered together as classmates in an elementary school in Tokyo. The class is called the "Losers Class" (In Japanese ガンバレ組 Ganbare Gumi, meaning "Do Your Best! Group"), and is made up of protagonist Reycho and other students who are somewhat unusual compared to the rest of their peers.

After the students attend a school trip one summer, their school bus gets caught in a rock slide accident. They awake finding themselves in an abandoned amusement park under the ocean, where a clown named Pielope demands they take part in a game of death where they must sacrifice the lives of their fellow classmates to win. As the twelve students try to survive, mysterious powers begin to awaken within each of them, and above the water's surface the outside world is undergoing an emergency situation too.

Death March Club is a side-scrolling puzzle action adventure game set in the 1990s. The game will be fully 3D animated and be fully voiced, and is estimated to take around 20 hours to clear[1]. The story is split into two main modes; action sections where the player solves puzzles, and adventure sections where the player experiences the main story[2].

The player controls Reycho, a silent protagonist and elementary school student, and the rest of the cast is made up of his classmates. Each of the students has their own powers and abilities - such as the ability to control electricity or be able to throw objects - which is used to solve the puzzles and riddles. Although the player can only control the Reycho, the other characters follow behind you and their abilities can be tagged in using a button trigger[1].

The concept for the game came while Kodaka and Uchikoshi were on a trip to Kyoto that felt like a long death march, and Kodaka had joked about a killing game with a death march premise. Although Kodaka was joking, Uchikoshi was very interested in going through with creating it. Kodaka had initially decided that he had enough of writing death games, but Uchikoshi convinced Kodaka to do one final death game with him, the "last death game either of us will create", and Kodaka agreed[1]. Using a cast entirely of elementary schoolers despite the unchild-friendly scenario was inspired by movies like It and The Goonies, which have children in the starring roles but that aren't children's movies. The game is set in the 1990s in order to evoke nostalgia in adult players[1]. Kodaka and Uchikoshi have highlighted that the similarity in premise to their previous works was deliberate, with Kodaka noting: "If you're thinking that it's a Danganronpa clone, we've already got you in our hands. I like to think that the game already started the moment we announced the title."[3]

Character designer Take was chosen because Kodaka and Uchikoshi thought it would be funny to choose someone whose art style was at odds with the darkness of Uchikoshi's scenario, and Kodaka had been a long-time admirer of Take's work[1]. While designing the characters, Take wanted to evoke feelings of "I wish this kid had been in my class!", and wanted to do the characters justice since they are children from the same time period as her own childhood.[2]

The Too Kyo Games team worked on the premise, scenario and character design, while the team at Grounding handled the programming, action and graphic design[1]. As of June 2019, the game was the furthest into development of the four titles announced at the September 2018 TooKyo Games debut conference, with more than half of the development complete[3] and around 80% of the scenario written[4]. It was also revealed to Gematsu that the team were in negotiations to publish the game on consoles.[3]. The first trailer was debuted at Tokyo Game Show 2019 during a 25-minute presentation with Izanagi Games CEO Shinsuke Umeda, TooKyo Games creators Kodaka and Uchikoshi, and Pochi's voice actor Megumi Ogata, where it was also confirmed that the game would be also be released on as-yet-unspecified games consoles.

Retrieved from "https://deathmarchclub.fandom.com/wiki/Death_March_Club?oldid=703"
Community content is available under CC-BY-SA unless otherwise noted.